What drew you to Calligraphy & Typography?

I heard the word ‘Calligraphy’ for the first time at Callifest 2008, organized by Achyut Palav at Sir J.J. School of Arts in Mumbai. The entire experience was magical and gave me a feeling of ‘I want to do this’. I never knew it would turn out to be my passion one day.

I learned the basics of Calligraphy from Shri. Ram Kasture and did my graduation from Rachana Sansad College of Applied Arts & Crafts. Calligraphy & Typography was a subject on the syllabus. In the 4th year of college, one of my mentors, Prof. Vinay Saynekar, made me understand that I needed to create my own identity if I want to excel. I took his advice and my calligraphy work began to distinctly stand out. I realized I had a knack for it and should take it further.

I chose to dive into it and learn from on-field work and self-study. I did a lot of research and understood that most prominent designers/creative directors/ calligraphers hadn’t necessarily had the relevant formal education – it was passion that drove them to be established in their respective fields.

Realizing that choosing a career in Typography & Calligraphy is a rare thing provoked me to pursue it further. I started freelancing while still in college
and went on to work as a Visualizer in ad agencies, where I tended to come up with Typo/Calli based ideas. To create something different in Calligraphy & Typography has been a challenge and overcoming this has made me passionate about it. I have been freelancing as a designer fulltime since May 2016.

What, in your opinion, makes freelance collaboration successful?

In my opinion, it’s a mutual understanding and trust that makes a freelance collaboration successful. No matter what, it’s important to be completely involved in the project and play your role with utmost honesty and dedication. Collaboration is fun and the best part of freelancing is you always have an option to choose.

Work speaks more than anything but it’s still important to spread the word in a competitive freelancing world. It’s important that people recollect your name when there is a particular requirement. Being part of a community of like-minded people is a must for your growth. I have an extremely wonderful rapport with all my clients and there have been instances when they have kept the project on hold and shifted deadlines just because I wasn’t available at that particular time.

I also believe in balance – ‘One for the Kitchen, One for the Soul’. While I am very choosy about taking on projects, I also do consider taking a random one at times when it pays really well.

Which have been some of your most challenging jobs for ad agencies?

Ad agencies keep you on your toes because the deadline is always yesterday! I recall receiving a call from a Creative Director at Ogilvy. He briefed me about a project for DMA ASIA ECHO Awards 2015 and the deadline was early morning the next day. I had never worked with a leading agency before and without a second thought I accepted the job. It was challenging but I managed to do it. It got approved in one go and brought me the Lettering Execution of the Whole Campaign. I still remember seeing my work for the first time on the back cover of Campaign India Magazine. It also opened my doors for some other good projects.

Later, I received another project from the same team for a unique calendar design for ASK Wealth Management. The brief was challenging. We worked on it, it got approved and I got an opportunity to work on 8 of the 12 pages of the ASK Calendar 2016. It’s one of my favorite jobs till date. I got to learn a lot from the insights of the Creative Director.

Similarly, one Friday afternoon I got a call from a Creative Director of DDB Mudra. He briefed me on a project to create Multilingual Typography for the Big Bazaar Campaign -in 11 Indian Languages. I had to deliver the output by Monday. I had never worked on most of these scripts before and it did freak me out a bit. It took me a complete day and night to learn the script, hand-letter the campaign line, vectorize the lettering and deliver the output. Thankfully the timelines got extended a little but I was able to complete the project single handedly.

Which have been your other memorable projects?

The most memorable project is the personalized calligraphy artwork I did which was gifted to Prince Harry and Meghan Markle at their wedding recently. Myna Mahila Foundation, the only NGO from India invited for the Royal Wedding, gave me the opportunity to create a customized artwork. Unfortunately, I can’t share any images of the same, as per the protocol.

Another memorable and challenging one was the artwork for an initiative #changethecanvas a campaign by Faber Castell. The task was to choose any surface which reflects your personality. I chose ‘Mirror’ – it reflects my personality literally and metaphorically.

How important is attending exhibitions and festivals for a freelance calligrapher?

It gives you insight and a broader perspective. When you attend festivals and exhibition you take something back with you, which subconsciously helps your growth and is visible in your work eventually. You get to know techniques, the thought process of various artists, and also get an insight into their wide experimentation and dedication to the art form. It’s an open library to grasp a lot. Interaction is must!

Where is Calligraphy & Typography in India headed?

Calligraphy in India is developing at a great pace. The use of Typography / Calligraphy is increasing in advertisements, publications, outdoor and other media. Basically, awareness has increased due to social media. There are a growing number of forums, groups, and organizations, which not only experiment and educate about Calligraphy but also help promote the art.

I definitely believe that this art form will expand to a new level in the near future. In the world of technology, the hand crafted art will regain its ‘niche value’ and will be treated with respect. India has a treasure of various scripts, so instead of getting influenced by foreign scripts we should explore and develop ours – then we can take Indian Typography / Calligraphy to another level in the global market.

What’s next on your drawing board?

I am looking forward to collaborating with more agencies in India as well as abroad and work on challenging assignments. I plan to conduct more workshops and seminars in Hand Lettering & Calligraphy. I would like to take guest sessions in art and design colleges, or even design studios. In the next few years I also aspire to come up with a quirky product range exclusively using Typography & Calligraphy.

This article was originally published in POOL 102. 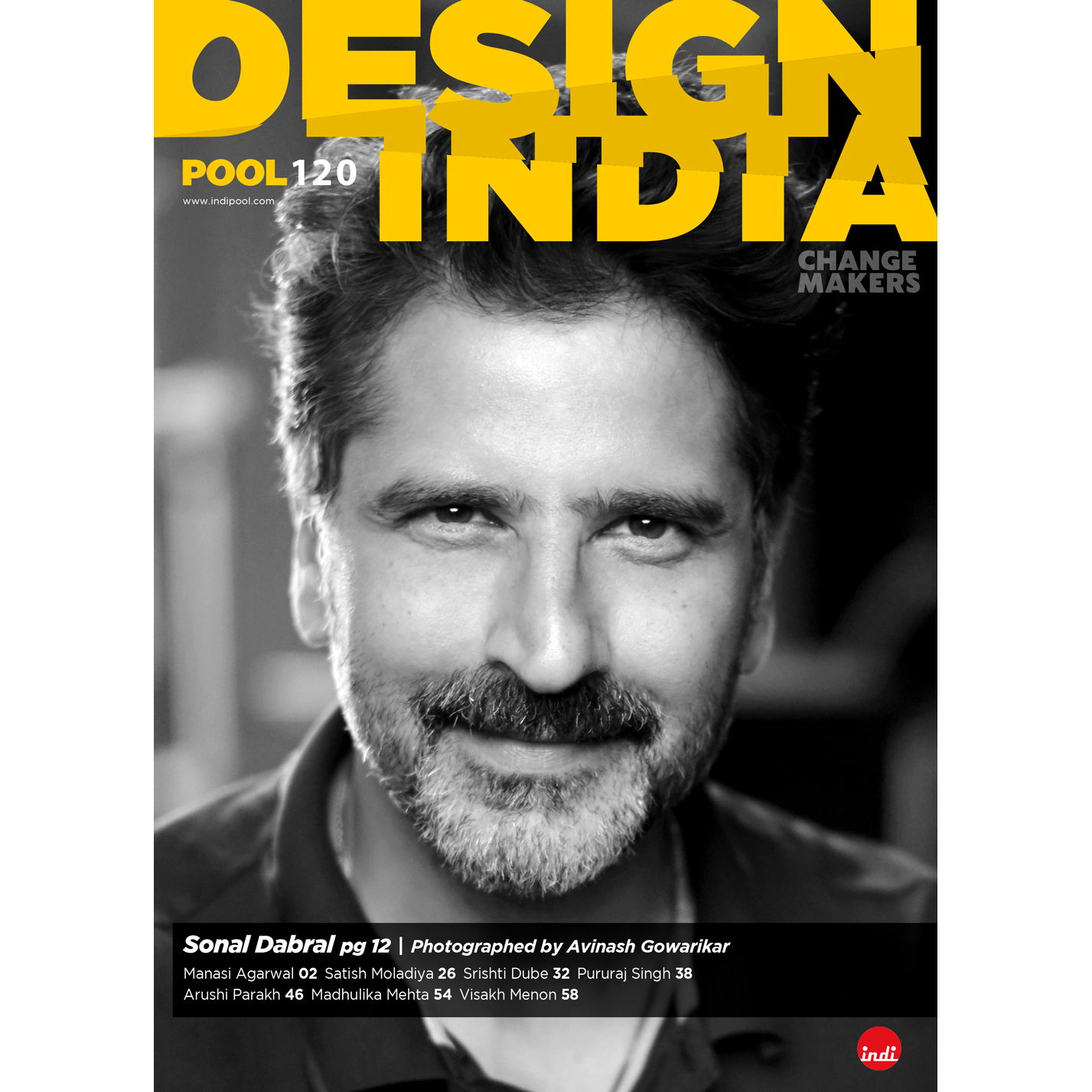