“India’s strength lies in its cultural heterogeneity. This unique quality of ‘Indianness’ has to be confidently enunciated and communicated with élan” Deepa Kamath, graphic design consultant and currently Managing Director, INDI Design, Hong Kong, believes the only way for Indian designers to make an impact on the global scene is to design something the rest of the world wants!

What’s the best part about being a designer?

The first few days into a new project are exhilarating; soaking in the contours of a new brief, examining it from every possible angle, and trying to get to the heart of problem. Turning preconceived notions on their head results in new, sometimes startling, connections being made.

While working on the coffee table book Voices Within, I had one such epiphany. I had considered Carnatic music to be a traditionally rigid form. While briefing my creative team, the book’s authors – musicians Bombay Jayashree and T M Krishna – spoke with great passion about the innovative and inspirational energy of seven legendary Carnatic music maestros. I suddenly realized that tradition is ever expanding, made or broken by individuals in conjunction with their environments.

The possibilities of an empty page or a blank screen are tantalizing, and giving shape to a client’s briefs using skills sharpened over the years is immensely satisfying. Leading creative teams so that every member plays to their full strength is another aspect of my profession that I look forward to.

Practicing design illuminates my life in myriad ways, everyday. I cannot think of being in any other profession. 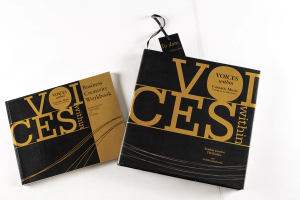 What kind of challenges did you face in your early years?

I graduated from NID in 1984 (Diploma in Visual Communication), when most people had a very foggy idea of the capabilities of designers. In Delhi and Mumbai communication designers worked either in advertising or joined a publication. I moved to Madras, which in the mid ’80s was like a remote outpost for design. I fled advertising after a few rocky months in an agency and then struck out on my own.

Like me, many of the designers who graduated in the mid ’80s and early ’90s were forced to start their own businesses and develop their own business models. By the late ’90s the effects of the liberalization of the Indian economy and the consequent rise of consumerism proved beneficial to the design profession and many design start-ups flourished. The pioneering work done by a group of early NID graduates, and the faith reposed in them by local businessmen and industrialists, resulted in Bengaluru and Pune emerging as design hubs.

Meanwhile Madras changed into Chennai and the dotcom boom and bust was followed by the rise of the BPO! A large printing press from South India approached me to set up a design studio that would design children’s books for the UK and US markets. So I worked with a team of 10 designers and illustrators on books that were designed in Chennai, printed in the South India or in Mainland China and then shipped halfway across the world. Working across time zones and geographies was manageable, but cultural differences were sometimes difficult to transcend!

How can Indian design solutions be made globally relevant? When we design something that the rest of the world uses or wants! Most global brands have strong geographic and cultural roots that define their identity: Apple was created in the vibrant, multicultural melting pot of California, IKEA had its roots in the Scandinavian philosophy of affordable everyday design, LEGO grew from a small family owned, quality- obsessed wooden toy making business in Denmark. ­­­­ Muji and Uniqlo are quintessentially Japanese brands.

Historically India exported silk and spices. The idea of the zero originated in India before it was adopted by other civilizations. In the ’60s we exported godmen and their philosophy, today we are known the world over for our software prowess. Our products have to speak a language that the rest of the world understands, only then will our design be globally relevant. We have many centers of excellence in our country, but they function in isolation – we need to work in concerted ways to make any sort of global impact.

India’s strength lies in its cultural heterogeneity. This unique quality of ‘Indianness’ has to be confidently enunciated and communicated with élan. Indian cuisine, textiles and handicrafts are woefully under represented at a global level.

World over, creative industries are the thrust areas for economies. The design profession is at the center of such endeavors and is vigorously promoted by government agencies. Designers, though brimming with ideas, have poor business sense, and to fill that gap, there are accelerators and incubators that offer space, access to finance, and mentor fledgling businesses. In India, the National Institute of Design is dramatically expanding its reach and involvement in industry through sustained programs. A National Design Policy has been finally articulated. The National Design Business Incubator set up in 2009 is in its early days but is definitely a step in the right direction. For a country our size we probably need more than a hundred design institutes and a thousand incubators! The incubation of a few commercially viable businesses will set the ball rolling for scores of others, so I sincerely wish the NDBI all success.

What is your advice to the new generation of designers?

India is a complex, multilayered country, in the midst of unprecedented socio-economic change. There is simultaneous demand for luxury products as well as basic necessities. In most other countries the milieus are more homogenous. Design students and graduates should experience a variety of global environments and in small as well as large firms before deciding what they would like to focus on – or like me, make serendipitous decisions, go with the flow and enjoy it!

What are your plans for INDI Hong-Kong? 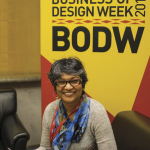 I must be among the very few Indian designers living in China. Long time residents tell me that Hong Kong, which has branded itself ‘Asia’s world city’, is not like the rest of China. I am still in the process of finding out and am doing it with the comfort of knowing that if any project or venture requires support, the INDI team is solidly behind me.

Attending the Business of Design Week (BODW), a flagship annual event of the Hong Kong Design Centre, in December 2013 was a revelation. The BODW being inaugurated by Hong Kong Chief Executive Leung Chun-ying and Belgium’s Queen Mathilde was a measure of the importance given to design by Hong Kong’s policy makers. There were BODW associated events across the city, concurrent exhibitions in more than 30 galleries and one event, DETOUR, featured installations on the city’s double decker trams! The BODW was very well attended and crowds thronged the exhibitions and events at Hong Kong. At the BODW I got a chance to speak with Chinese designers and officials from the Hong Kong Design Centre (HKDC). The Design for Asia Awards had very poor Indian representation, there were only two Indian speakers at the BODW and across all the seven days of the event I spotted only a handful of Indian faces. Dakar Soi, an industrial design graduate of Hong Kong University’s School of Design and now a successful entrepreneur in Shanghai, asked, “What is Indian design? Who are Indian designers? What is their work like?” HKDC officials said that just three or four Indian designers had sent in their work for the Design for Asia Awards.

If Indian design needs to have a global presence, designers must start by knowing what goes on in other parts of the world, and neighboring China will be a good place to begin. Both countries are ancient civilizations and are two of the most populous nations on earth. Like Indians, Hong Kongers have a strong entrepreneurial streak, and are extremely value conscious. But unlike in India, Hong Kong is supposedly one of easiest places to set up a business.

So we definitely have a lot to learn from each other, and that’s what I intend to do at INDI Design Hong Kong – explore ways in which Chinese and Indian designers can get to know each other and their work. That will be a good place to start!

Read the unabridged version of  the interview with Deepa Kamath in POOL45.