Virasat-e-Khalsa: Telling the Story of a Faith

The Virasat-e-Khalsa Museum at Anandpur Sahib, the second most holy site for Sikhs, is a major achievement for Design Habit. Work on it commenced in 1999, but it was formally inaugurated only in November 2011. 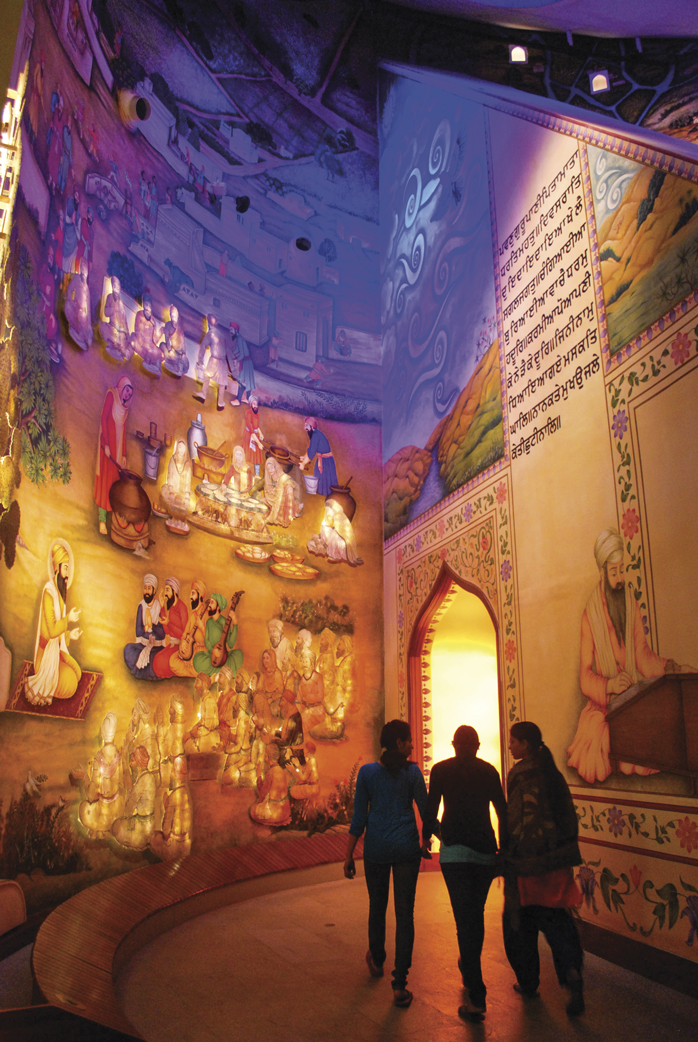 Set against the background of the Shivalik hills, the Khalsa Museum complex is a distinct structure. The shape of the steel covered roofs echoes the shape of a lotus flower and the galleries are arranged in groups of five, a number sacred for Sikhs. The entire 250,000 sq ft complex is covered in tan-colored sandstone which matches the hues of the countryside. The two parts of the complex are separated by reflecting pools linked by a bridge. One part contains the museum galleries; the other has an auditorium, a library and a resource center. 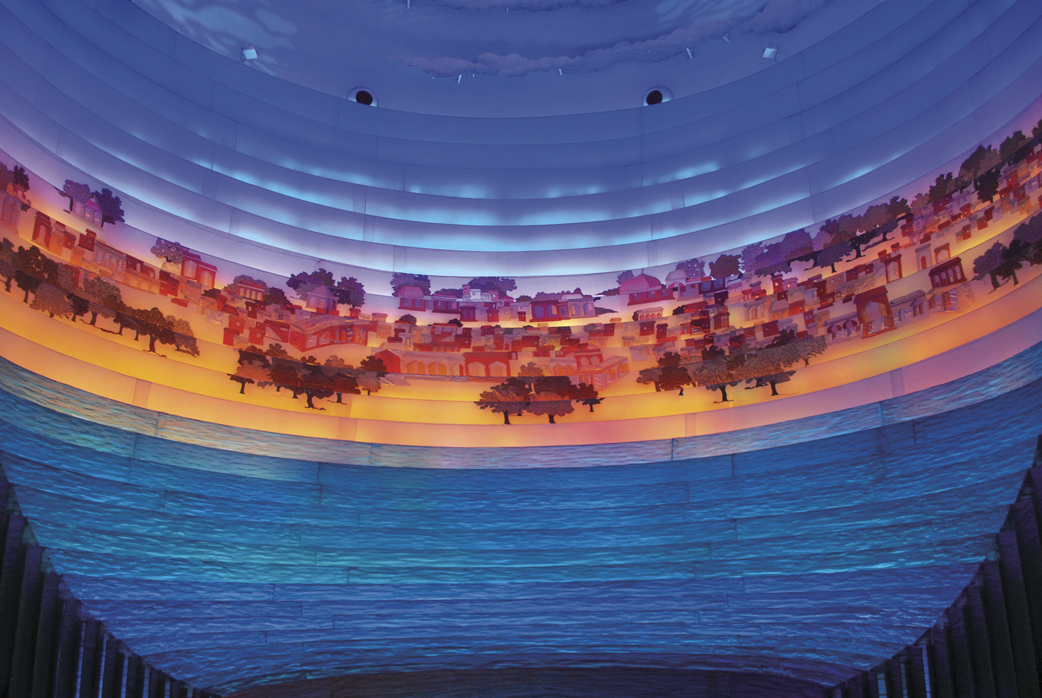 “The building was not a natural museum, water below, mirror at the top, yet it was an opportunity. I enjoyed it very much. We worked with the volume and spaces that Moshe had provided, made them come alive,” – Amar recollects.

Eighty-five percent of the work was bespoke and non-standard, unlike most government jobs where the non-standard part is minimal. In this case, even finding contractors to manufacture the non-formal fittings and structures designed was a challenge! 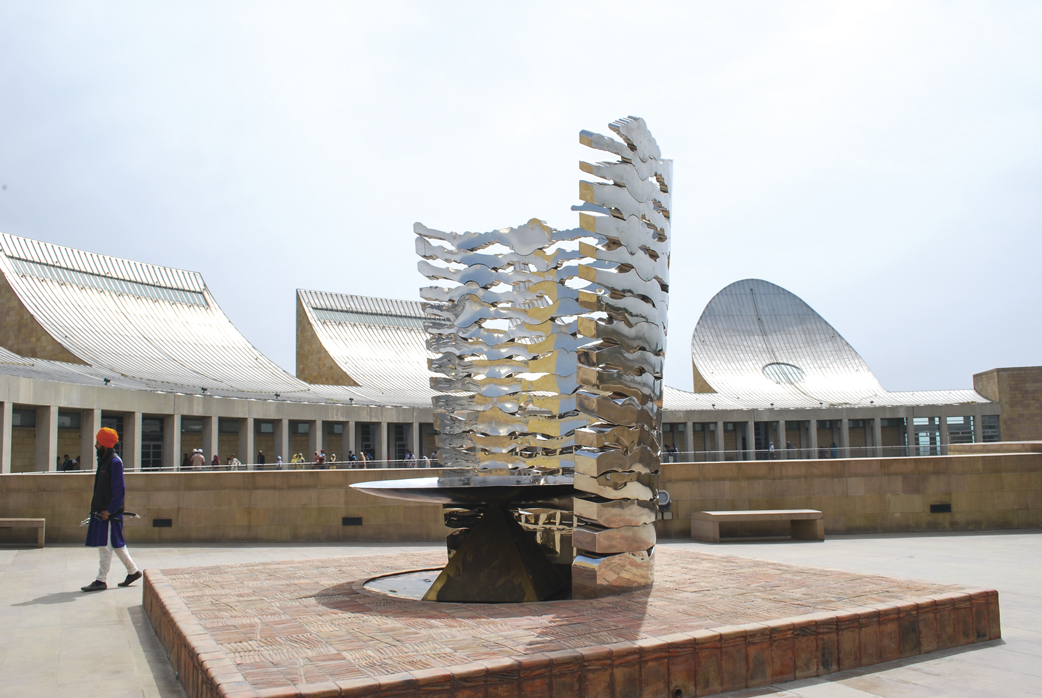 A stainless steel installation on a terracotta base 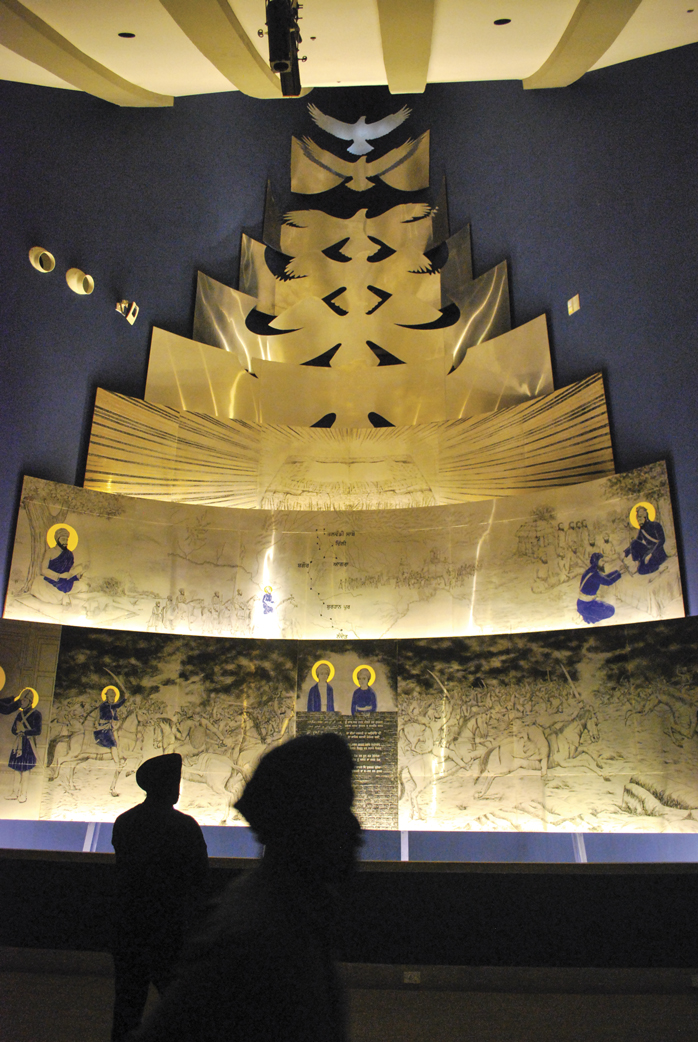 The gallery with the story of Guru Gobind Singh

For Amar it was a trying time, there were no easy solutions.

“In this one project I have used all the learning from my previous projects. I was able to understand the pulse of my audience. It was like a home coming. If anything had gone wrong, I was the soft target, the fall guy.”

Working in the sphere of cultural and religious identity is fraught with complications. By taking on the challenge of reimagining tradition for contemporary – and contentious times – Amar and his team, now at work on the final set of galleries, have shown the way forward to others in the creative community.

Read complete story of Virasat-e-Khalsa design and its challenges in POOL 51.